One of the more unexpected stories to come out over the last 24 hours was World Cup winner Gianluigi Buffon’s praise for his fellow goalkeeper, and Celtic number one Joe Hart. The former Italy goalkeeper – who won the World Cup in 2006 – has been very impressed with how Hart has performed for the Hoops this season. 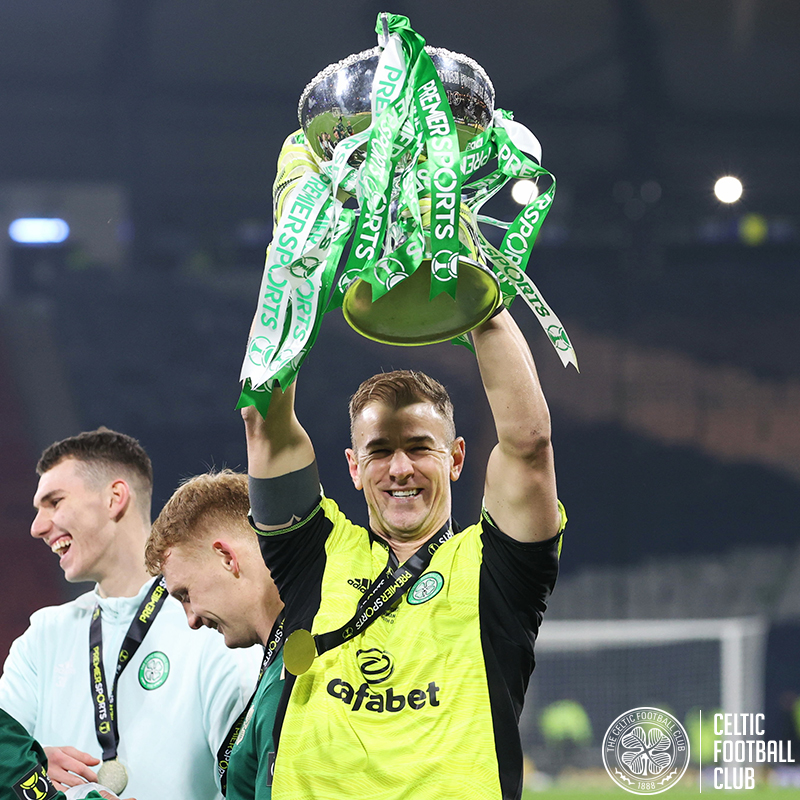 Buffon’s comments will give Hart plenty of confidence going into the rest of the season, and the player’s displays in the 2021/22 campaign have been exceptional and well-worthy of Buffon’s praise.

It was a bit of a gamble for Celtic to sign Hart when you consider that he had played such little in recent years, he was the number two goalkeeper at Tottenham and it looked like his days as a number one goalkeeper were in the past.
However, the player has been reborn at Celtic, and he has been one of the Hoops’ most important players this season, helping the Bhoys go clear at the top of the Premiership table, and record the best goals against record in the league this season.
What is so impressive about Hart is that he is able to perform well even when he has little to do in a game. A recent example of that would be in Celtic’s win over Rangers at Ibrox.
Hart didn’t have many saves to make in the match, but he provided a crucial stop from a Fashion Sakala shot in the second-half. Being able to make a save like he did when he had so little to do in the game is the sign of a good goalkeeper, and Hart has certainly proved how good a player he is for the Hoops this season.
Hopefully Hart can continue as Celtic’s first choice goalkeeper for a while to come. He is 34-years-old, so should be able to continue playing for at least another two or three years as long as he can stay fit.