Last night Celtic supporters were thankful as he ended Rangers’ UEL dreams, but the Hoops were reportedly interested in Eintracht Frankfurt’ Rafael Santos Borre last summer. Indeed, the Colombian forward proved to be the star of the Europa League final as he scored the Bundesliga side’s equaliser and then the winning penalty. Both moments came in front of the Rangers support too as he proved to be the difference-maker on the night. 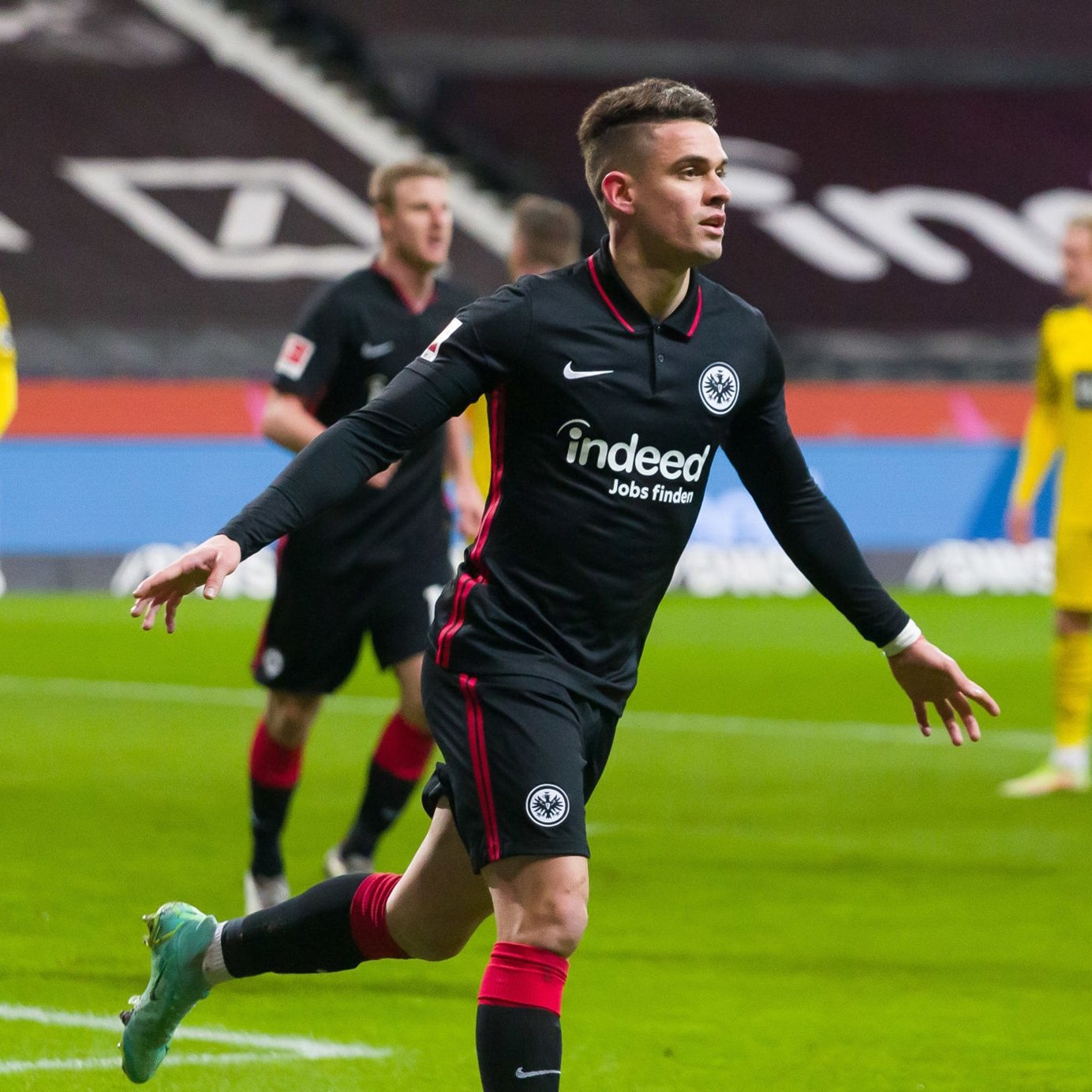 However, before his move to Germany last year, Celtic were one of the clubs reportedly interested in him. Football Insider claimed that the then £15m-rated striker was interesting the Hoops as his River Plate contract came to an end. Ironically, Rangers were another of the clubs apparently interested in his services. In the end, however, he moved to the Bundesliga and has now done the Hoops a huge turn in any case by giving us a financial leg-up on our rivals heading into next season.

Borre, meanwhile, has had a fine debut campaign overall with Frankfurt. Last night’s heroics marked his 12th goal for the season to go with his 8 assists. That’s now 20 direct goal contributions in 45 games as he makes his mark in one of Europe’s top leagues [Transfermarkt]. Celtic instead secured the services of Kyogo Furuhashi and Giorgos Giakoumakis with both men helpind secure the Premiership title.
How much concrete interest there was is anyone’s guess in truth given there was hardly a transfer saga for the player’s services. But it’s certainly a fun story to revisit after last night. Borre was a class above the vast majority on the pitch last night. He showed real pace to get away from the Rangers backline on several occasions whilst showing a predatory eye for goal.
He also had deceiving strength that caused Connor Goldson problems in particular. He absolutely ragdolled the Ibrox backline and could easily have found himself with another goal or 2 on the night.